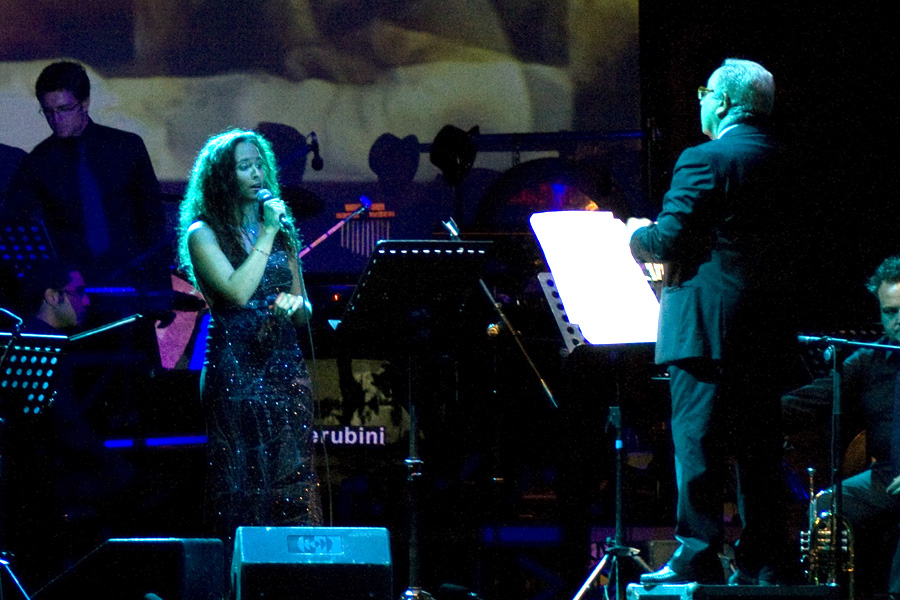 Exclusive product of our Agency, with the support of the prestigious Accademia Musicale Romana, is the ‘Italian History X Project plays “The History of Italian Cinema and Music.”

The music and the famous Italian films in the world linked by a historical path that involves both composers and directors, from 900 in Italy then seen through a Music and Film, which analyzes and describes, artistically, which are characteristics of our culture and of our historical experience.
A historical journey through films like “Cinema Paradiso” by Giuseppe Tornatore, who tells of the advent of cinema in our country as a means of communication of emotions and feelings, “Legend of the Pianist on the Ocean”, a film that captured the reality of Italian immigrants looking for fortune in America and as a natural continuation of “The Godfather”, which then tells the affirmation of Italians abroad.
Change of atmosphere and we are in the period of World War II with “Life Is Beautiful”, a film that makes the world aware of the courage of the Italian people in its most legendary event: the art of knowing how to manage to survive, the originality and creativity that distinguishes us in the eyes of the world.
The war with the films of Fellini, La Dolce Vita, Amarcord, Otto e Mezzo, La Strada, which represent a window on roaring 60′s and the Italian economic boom, with the transformation of big cities’ such as Rome and its monuments ( see Roman Holiday), or immortal films like “The Postman” with Massimo Troisi.
The trip continues with other frames from “Anonymous Venetian”, with its typical atmosphere of the 70 cities’ lagoon, up to the music of Italian composers writing for Hollywood (with Morricone “Once Upon a Time in America”, ” Once Upon a Time in the West “and the whole saga of the spaghetti western with Clint Eastwood and” The Mission “to tell the epic Americana seen through the eyes of Italian director Sergio Leone.
All this is “A History of Italian X”, a journey of images and notes showing through the point of view of our directors and musicians of the last century, Italy and the Italians, with their strengths, their faults, the their history and their culture.

The orchestra is available in various sizes, from 8 up to 50 elements, conducted by Stelvio Cipriani. 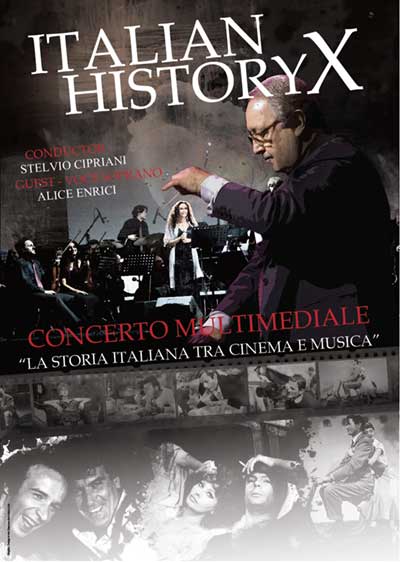